As I mentioned, today required an early start. I left camp long before the dining hall opened, although I did sneak in long enough to drink my fill of orange juice from the always-available dispenser.

Today’s hike began with a long, flat ramble up to Santiam Pass (Highway 20), mile 1999. There is a large trailhead on the north side of the road. Blanche, a local and well-known trail angel, was dropping off two hikers whom she had driven up from Sisters. She wanted to know if I would like to head down the hill to Sisters, and I had to decline three times.

Once across the road, the trail headed almost straight up the exposed ridge. I used my umbrella again; while it takes some adjustment, it can be pretty effective against this kind of situation.

I climbed and climbed, into an area where the green was slowly taking over the burn.

I rounded a corner, and then…Three Fingered Jack was right in my face.

What an incredible view. The trail winds around the west side of the extinct volcano, and crosses up and down over multiple dry glacial stream beds. It was lovely. 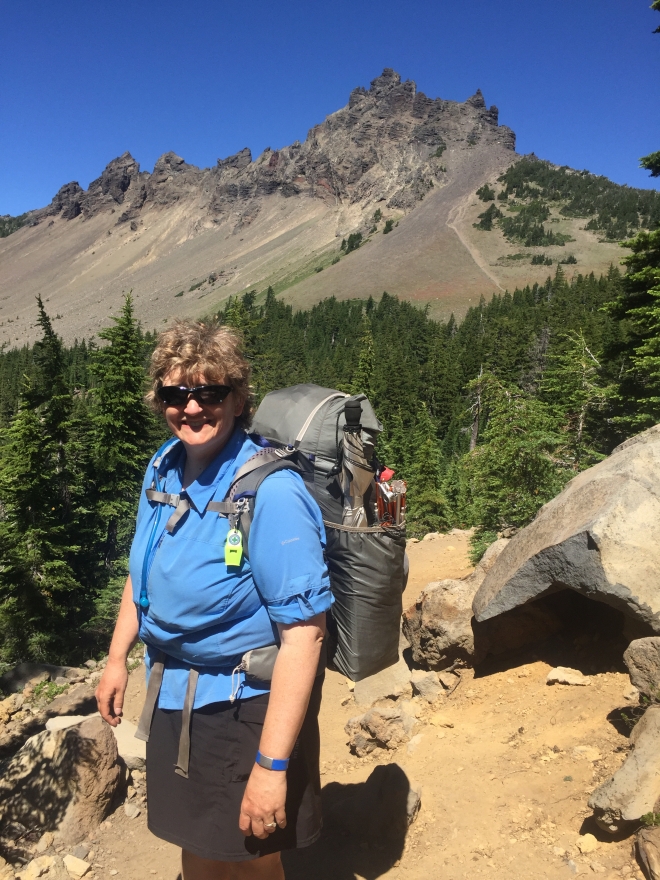 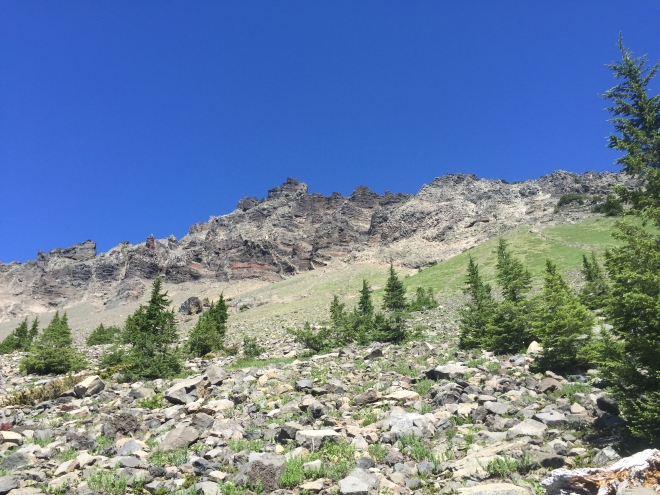 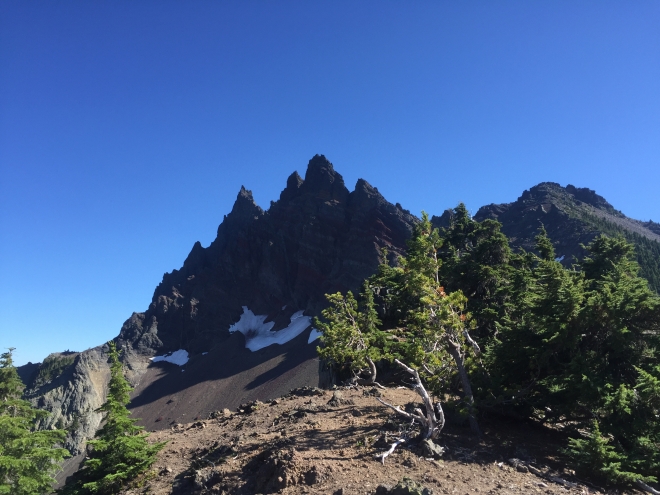 I rounded another corner, and then…Mt. Jefferson. It wasn’t as close, but it was there, and provided a bit of motivation for this tired hiker. I slowly descended to the lakes basin around Minto Pass, and hiked down a steep approach trail to Wasco Lake 2009.

As it was the weekend, I didn’t see any sites at all, but when I backtracked, I saw a couple in a medium sized site. I said hi, and said that I didn’t take up very much room; would they mind if I pitched my tent off in a corner? Then I saw their PCT trail crew hard hats, and all was grand.

They went off to the adjacent site, occupied by the other couple in the trail crew. And after a few minutes, they invited me to come join them. BYO dinner, and good conversation.

Tomorrow I’m sleeping later, and focusing on going a bit slower. I need to hike for me, not for some mythical mileage. And over the next few days I’m setting up for Russell Creek. It’s a potentially dangerous ford, which means I’ll need to camp close by and plan to cross early in the morning (glacial streams increase in flow the later you are into a warm day). To set up for this, I’ll need two shorter days. It’s all a balancing act.